What can we expect from Nvidia this year?

Nvidia last released a graphics card in March this year, and it is currently the most powerful GPU in the gaming market. The RTX 3090 Ti has the best specs of any gaming GPU, but it costs as much as an average full-fledged gaming setup. The $2,000 price tag kept many gamers from buying it.

Currently there is no point in buying Nvidia’s flagship graphics card because it makes more sense to wait a few months and buy the next generation of GPUs that will perform better and cost less, a pattern seen with each new generation of technology. .

How much better will the new Nvidia cards be?

Nvidia’s new 40-series cards are codenamed “Ada Lovelace” and are slated for release in the third quarter of this year, which could be anytime from July to September.

We can expect the new cards to double the performance of the 30-series cards in synthetic benchmarks, which doesn’t necessarily translate to real-world performance like video games and resource-intensive software, but it’s still a significant boost. This can be said because Nvidia’s 30-series offered a significant leap from the 20-series cards, and we can expect the same this time around.

RTX 40 series cards are expected to use the latest VRAM technology of GDDR6X. This technology has previously been seen only in the RTX 3080 and RTX 3090 variants and in some Ti versions of the RTX 30 series cards. 48 GB, which is exaggerated, but nevertheless a possibility.

The 40-series cards are expected to be massive in size with a larger baseplate and huge heatsink. But to power such a behemoth, it wouldn’t be surprising if the wattage requirements skyrocket, with the TDP of the highest tier GPUs reaching up to 600W, which will require a minimum wattage PSU of 1200. W.

AMD recently announced its RDNA 3 architecture which will also be used by the RX 7000 series GPUs also slated for release this year. In an interview with Rick Bergman, Executive Vice President of AMD, it was stated that AMD would use an advanced manufacturing process that would deliver performance-per-watt improvements and a 50% jump in performance.

A similar improvement can be expected with Nvidia, or even more, as they have generally outperformed their competition in terms of performance. 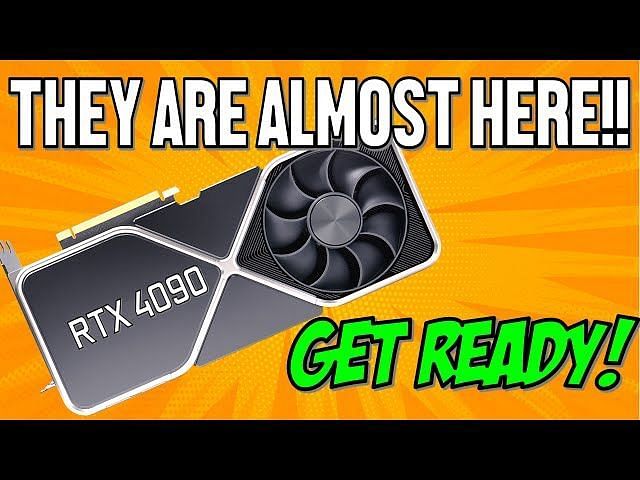 Read also
The article continues below

It’s hard to say how much the next generation of graphics cards will cost, but rumors suggest that with efficient manufacturing by Nvidia, GPU costs could be reduced. Taking RTX 30 series GPU prices as a guide, prices can be predicted. The lowest tier 40 series card should start at around $349, with the mid tier around $499 and the highs touching $1,499. Next year, the upgraded Ti cards are expected to launch with their prices costing $100 more than their counterparts.

Prices for the current generation of GPUs are still unsettled due to the global silicon shortage coupled with scalpers buying up all the stock. So there is a good chance that next-gen GPUs will not be sold at MSRP, but at a higher price by resellers.