the AYN Odin is a portable game console with a 6-inch Full HD display and built-in game controllers. It was pre-ordered last summer through an Indiegogo crowdfunding campaign and the first units began shipping to backers last month.

It’s still available for pre-order with prices starting at $199 for an Odin Lite with a Mediatek Dimensity 900 or $240 processor or an AYN Odin with a Qualcomm Snapdragon 845 chip. Android YouTuber Taki Udon managed to install Windows 11 on a Snapdragon model, turning an AYN Odin Pro into a low-cost portable Windows gaming PC.

The version featured in Taki Udon’s video has a Qualcomm Snapdragon 845 processor, 6,000mAh battery, 8GB of LPDDR4x memory and 256GB of UFS 2.1 storage, which is actually twice the storage than any model available to the public. He uses a pre-launch prototype that was sent to him before the crowdfunding started.

Still, the 128GB of built-in storage should be enough to hold some games and if you need more storage space, you can always use a microSD card.

The reason it is possible to install Windows on the AYN Odin Pro is that not only does Microsoft offer a version of Windows for devices with ARM chips, but some of the early Windows on ARM devices used a Snapdragon 850 processor which was a close relative of the Snapdragon 845 used in the Odin Pro.

This has allowed indie developers like the folks at Project Renegade to find ways to install the full Windows 10 and Windows 11 operating systems on smartphones with Snapdragon 845 chips, like the OnePlus 6T and Xiaomi Mi 8. At the same time, the developers have also made good progress in CPU support in the mainline Linux kernel, which also makes it possible to run mobile Linux distributions like postmarketOS on these phones.

Anyway, the fact is that it is now possible to replace Android with Windows 11 on the AYN Odin Pro and you may also be able to run a GNU/Linux distro.

So how well does Windows 11 work? Surprisingly well…although there are a few key bugs.

The lack of full game controller support seems to be a deal breaker for most users: what’s the point of using a portable gaming PC if you need to plug in an external controller? But it is possible that the developers will find fixes for what is broken in the future.

So why would you want to run Windows on the handheld? Because it opens the door to playing PC games that would otherwise not be available on an Android-only device. Taki Udon was able to install the Steam game client and play many (but not all) PC games. 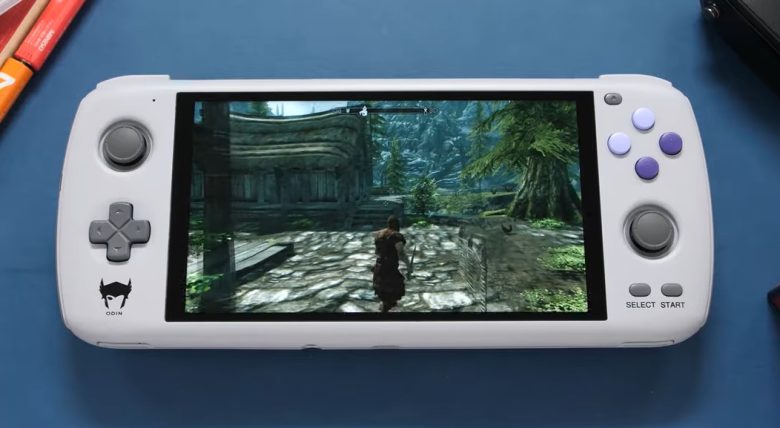 Games that perform well include older titles like Counter-Strike, Devil May Cry, Portal, World of Warcraft, Warcraft 3, Skyrim, Bioshockand Borderlands as well as some newer, but less graphically intense titles like The Old Man’s Journey, Stanley’s parableand Black hole. All of these games run at 30-60 frames per second in Taki Udon’s video.

Some games like CS: Come onTorchlight II, spiral knights however, you struggle to hit even 20fps, making them virtually unplayable. And unfortunately some games won’t work at all – Taki Udon says there’s no good way to tell which games will work until you install and try them, but some titles won’t recognize Adreno graphics of the device, while others will struggle to deliver decent performance using Windows 11’s x86 emulation (which lets you run x86 apps on an ARM processor).

The AYN Odin is available for pre-order for $199+ via an Indiegogo InDemand campaign. Here is an overview of the features of the three different models available:

Liliputing’s main sources of revenue are advertising and affiliate links (if you click the “Buy” button at the top of the page and buy something on Amazon, for example, we will earn a small commission).

But there are several ways to directly support the site, even if you use an ad blocker* and hate shopping online.

Contribute to our Patreon campaign

* If you are using an ad blocker like uBlock Origin and seeing a pop-up message at the bottom of the screen, we have a guide that can help you disable it.